For Inspiration and Recognition of Science and Technology (FIRST) is a non-profit organization that aims to inspire students to pursue STEM (science, technology, engineering and math) careers. It achieves this goal by challenging students to participate in a rigorous robotics competition each year that partners them with industry professionals as mentors. For more information about the FIRST robotics program or the FIRST Robotics Competition (FRC), check out the links below!

Below are some links to good resources for information and products related to FIRST Robotics.

Evan joined FRC Team 971 for the 2005 season as a junior, and was elected Team President as a senior in 2006 He has continued to mentor 971 from afar since graduating high school, while mentoring FRC 190 from 2007-2010, attending WPI and earning a degree in Mechanical Engineering. He continued to mentor 190 for the 2011 season before leaving Massachusetts to pursue a Master’s degree from Purdue. After graduating, Evan took a full time job as a Mechanical Engineer at Boeing in Seattle, and began mentoring FRC 1983 in 2014. In addition to his mentoring roles, he has helped run video production at the WPI BattleCry offseason event, and worked closely with FIRSTWA to assemble and run the A/V system for the first year of PNW districts. In 2016, Evan founded FRC 5803, Apex Robotics along with Stephanie and Navid.

Stephanie was a founding member of FRC Team 1983 Skunk Works Robotics in 2007 as a junior in high school. Upon graduating she received the WPI/FIRST Allaire Scholarship to Worcester Polytechnic Institute (WPI), where she joined FRC Team 190 as a mentor. In 2012 she graduated from WPI with a Bachelor of Science in Mechanical Engineering and concentrations in robotics and mechanical design. Stephanie moved back to Seattle after spending a year working for Pratt & Whitney as a Mechanical Design Engineer. For the 2015 season, she mentored FRC 1318, before starting a rookie team in the fall of 2015. Stephanie currently is the coach of FRC rookie, Apex Robotics - Team 5803, and working as a project engineer for Exotic Metals Forming Company.

Francis participated in FIRST as a high school student from 2003 to 2006 on team 134 from Pembroke, NH and team 40 from Manchester, NH. He began mentoring team 190 from Worcester, MA in 2006, and has been with them since. Francis works as a Technical Writer, specializing in robotics and manufacturing documentation. His FIRST specialties are in scouting, strategy, and manufacturing.

Navid was a founding member of GameSense, active in FIRST from 2007-2016. He mentored and coached at all levels of the program. Navid is a proud Alum and former Mentor of FRC 1983, Skunk Works Robotics. In 2015, Navid Coached 360 during a transitional year for the team. In 2016, Navid founded FRC 5803, Apex Robotics along with Evan and Stephanie. His FIRST specialties are in strategy, scouting, and mechanical design. He has since moved on to other pursuits, but is excited to see how GameSense continues to grow.

Ty joined 319 in 2004 as a freshman in high school. Through FIRST, he learned of Worcester Polytechnic Institute (WPI) and their Robotics Engineering program. While at WPI from 2008 to 2011 he was a mentor on team 190, where he was elected Director of Operations in 2009. After graduating with a MS in Robotics Engineering, Ty is back with his high school team, 319 out of Alton, NH while working as a Manufacturing Engineer at Symbotic. His favorite areas in FIRST are mechanical design, software development, and strategy. 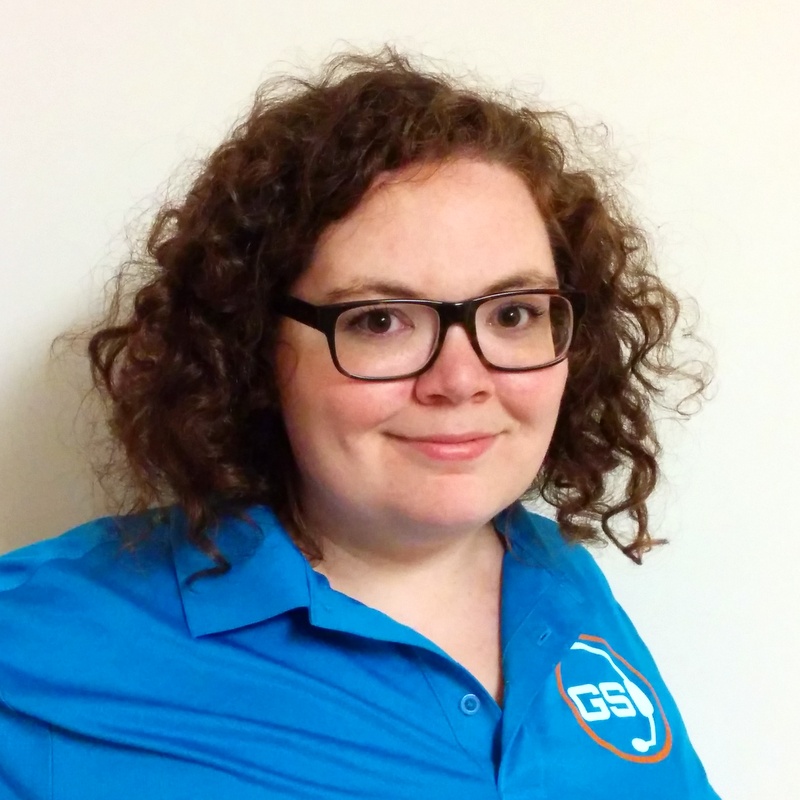 As a high school senior in 2006, Ruth joined FIRST as a member and team captain of rookie team FRC 1735, The Green Reapers in Worcester, MA. She mentored FRC 190 in 2007, then rejoined 1735 as a mentor for two seasons. In 2010, she moved to exclusively volunteering at events, rejoining 190 as a mentor prior to the 2016 season. Ruth serves as Volunteer Coordinator for several off-season events, and as a Lead Queuer in the New England FIRST District system. As a result of this, Ruth became a close friend of 319, and was instrumental in helping 319 run its first off-season events. Ruth spent seven years working in print and web media. In FIRST, she focuses in operations, marketing, and analytics. 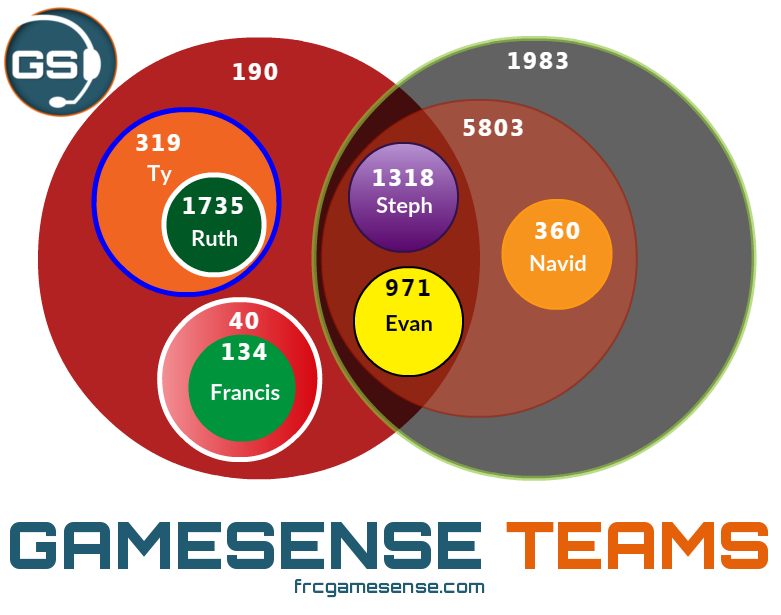 The GameSense show discusses strategy and gameplay of the current FRC game.

Behind The Lines is a show that aims to bring expert advice about FRC to the robotics community, and provide an avenue for live Q&A interaction.